Where will YOU run to once globalism has destroyed your homeland? Even Jews are even fleeing from South Africa! Is it time to stand and fight?

Edited highlights of a mini documentary released by Katie Hopkins, showing how Jews finally have a proper homeland of their own, to be safe in and preserve and protect their culture history, language and heritage, yet whites, who hosted them in the diaspora for so many centuries, have mostly lost control of their own homelands. Rabbi Chaim Klein tells Katie directly that whites are in Big trouble and that jews are much more safer than whites!

The liberal driven islamification and africanisation of white countries has created a genocidal dystopian environment for millions of white’s in their own Homelands as muslims and africans flood their countries.

If the video does not load above, watch here: END_OF_DOCUMENT_TOKEN_TO_BE_REPLACED 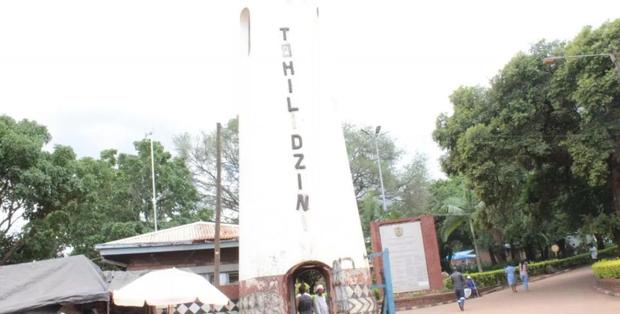 So-called “white monkeys” are working illegally outside major Chinese cities, exhibited to be gawked at and photographed, like a monkey in a cage, according to media reports.

New arrivals in smaller provincial cities appear at bizarre promotional events derisively called “monkey shows”, the South China Morning Post reported. Those whose English is too accented or not fluent enough to teach are taking part in monkey shows in order to provide for themselves.

English-speaking local agents act as intermediaries for the “monkeys” and Chinese clients, for a cut of their fees of 20 to 30 percent. The best agents reportedly also protect their clients from the worst excesses of small-town Chinese businesses, and are often willing to deal with their landlords and banks.

“Most are here on student visas to learn Chinese, but they never go to class,” said Alice, one of those agents, who didn’t want to have her Chinese name published.

The Huffington Post South Africa has a brilliantly racist genocidal new progressive plan to solve all of Africa’s problems: deny white men the right to vote, then vote to steal their assets. It’s all detailed in a new article titled, “Could It Be Time To Deny White Men The Franchise?” by so called “activist and..
END_OF_DOCUMENT_TOKEN_TO_BE_REPLACED

Share with friends on social media (if share buttons do not show below, disable your ad blocker temporarily):
Posted on December 11, 2016 3 Comments

Our people need to exit the city and return to farming – farms are the cheapest easiest way to afford kids and feed ourselves. We need nurses and birthing coaches and healers to allow us to have children at home and teach them at home.   White Genocide is happening and even most of the..
END_OF_DOCUMENT_TOKEN_TO_BE_REPLACED