#TheLeftLies: Did you fall for it? It is all smoke and mirrors as the left, Democrats, Big Tech and the Deep State swamp manufacture Biden’s faux popularity, like they manufactured his election, yet in reality when you step back from Social Media and Mainstream Media imperialism and bias, Biden is the most unpopular “most popular” Prez! Youtube and Big Tech have been actively trying to censor the truth of Biden’s UNpopularity coming out, by deleting dislikes to all his vids, on various channels. On one video as much as 70% of the dislikes were deleted to make him appear popular! Likewise, over Valentine the biased mainstream media gushed about a “Love Story” in the Whitehouse? They seem to forget how Joe and Jill met. How did they meet? Well, Joe cheated on his wife and friend, and Jill cheated on her husband (Joe’s friend). Sounds like a love story made in hell, but cheating fits the narrative of the liberal left just fine. 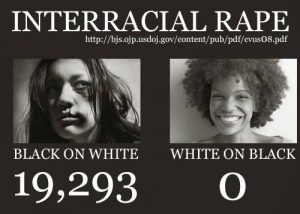 END_OF_DOCUMENT_TOKEN_TO_BE_REPLACED

Rumors spread like wildfire as Derry, Northern Ireland, was hit by three security alerts on Monday. With panic setting in on social media the police are seeking to reassure people that a zombie apocalypse isn’t nigh.

The alerts were sparked after two vans were hijacked by masked men and a third was reported abandoned outside a girls’ secondary school. Numerous people had to evacuate their homes as the cops established security cordons around the vehicles.

A third security alert is underway in Derry tonight. An abandoned ASDA van has been left outside St Mary’s Secondary School blocking the road. Police cordon in place.

Bomb disposal experts also carried out a controlled explosion in one of the vans after the suspects were seen throwing an object in the back of the vehicle before abandoning it.

Meanwhile, one man remains in custody in relation to a car bomb that exploded in the city on Saturday evening. Nobody was injured in the incident.