#WhiteLivesMatter In this video that has been banned from social media, Black teens can be seen asking the girl to put the baby down so they can beat her up, when she refuses, what appears to be the youngest black, who was clearly itching to start fighting, grabs the white girl by the hair and starts beating her up, sending the poor baby flying!

The Rowlett police have confirmed that this video that has been shared on social media this week, of a white girl being assaulted while she holds a child in her lap, occurred at a Garland ISD elementary school last Friday.

Police have been investigating the video since they were made aware of it, and are searching for the suspect that led to the assault. 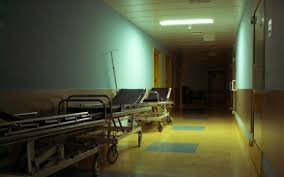 A man has been spared jail after he spat in a nine-month-old baby’s face and shouted ‘white people shouldn’t breed’.

Rezzas Abdulla targeted Layla-Jean in her pushchair last January in South Shields while she was out with her mother, Rebecca Telford. He approached without warning, lent into the pushchair and spat.

Prosecutor Emma Dowling told the court that he then made his racist comment before walking off.

When Rebecca confronted him he told her to ‘shut the f*** up’ then walked off. Abdulla, who has two previous convictions for race-hate attacks on white females, was later tracked down through CCTV.

Abdulla, from South Shields, was convicted of racially aggravated common assault after a trial at South Tyneside Magistrates’ Court, which he did not attend.

In a victim impact statement Rebecca told the police: ‘I am completely disgusted and distressed that a grown man, regardless of race or religion, would spit on a defenceless baby in a
END_OF_DOCUMENT_TOKEN_TO_BE_REPLACED

The 73-year old rocker and his 29-year-old girlfriend, American ballerina Melanie Hamrick, welcomed a baby boy Thursday in New York City. Papa really is a Rolling Stone as Mick Jagger welcomes baby no. 8 Mick Jagger has welcomed his eighth child, his publicist confirmed. “Mick was at the hospital for the arrival,” according to a..
END_OF_DOCUMENT_TOKEN_TO_BE_REPLACED