#Smartmatic voting software robbed #Venezuela of its democracy and SmartMatic voting software is banned in Philippines for involvement with election fraud too! Why was #USA2020 using it? Who purchased it? Trump Attorney Rudy Giuliani Says Election will Be Overturned: “We Have Proof I Can’t Disclose Yet“

Meanwhile Trump Team Attorney Sidney Powell dropped a BOMBSHELL on Fox News Sunday Morning Futures, saying that she has proof of Fraud and that CIA may have used Smartmatic & Dominion for it’s own benefit – She said CIA Chief Gina Haspel should be fired immediately! She also had proof of kickbacks to the officials who purchased the software for USA.

If the video does not play above, watch it on Bitchute: https://www.bitchute.com/video/8Vi2rUiQJ3N1/ 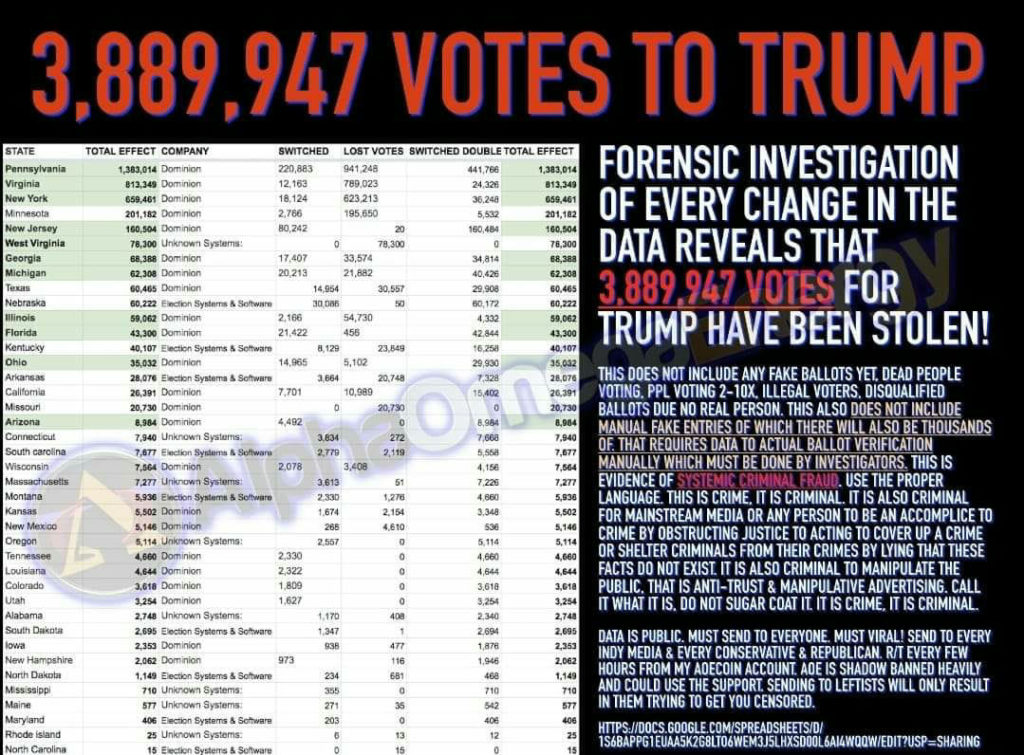 Read also: GODFATHER OF THE LEFT: From “Breaking the Bank of England” to spending BILLIONS of dollars on a NO BORDERS agenda for Europe and USA!