THE USA ELECTION WAS STOLEN! How can I say that? Having watched through over 30 hours of witness testimonies sworn under oath at state senate hearings, over the past week, and they all show institutionalized anti Trump, pro Biden bias, with many cases of electoral law being blatantly disregarded by the Democratic Party/BLM/Antifa! Sadly the Republicans are allowing their reasonableness and tolerance to allow the Left Wing to hoodwink them again. How much have YOU watched? How much has YOUR fake news mainstream media shown YOU? Why do you still watch TV? Why do you still use globalist social media, whose aim it is to destroy YOUR country and YOUR culture and history?

How does a bumbling senile old man with massive corruption, fraud and sexual scandals, plus a tiny but militant army of BLM and Antifa snowflakes, steal the election of the most powerful nation on Earth?

One word: The Swamp, aka Deep State, aka The Global Government, aka NWO, aka “Democracy”!
Why is this important?
Because the New World Order Deep State wants to destroy USA, like it is destroying all nation states, to make it easier to merge it into their One World Government, which clearly already exists, and is working secretly behind the scenes, having captured or inserted most national leaders themselves, like Obama. Joe is just a figurehead who gets told what to do.

Trump is the exact opposite of this, which is why they hate him so much and will do everything and anything to get rid of him, yes even steal an election, or god forbid, assassinate him, like they did with JFK when he tried to expose them in his now famous speech.

If the video does not load above, watch it on youtube: https://youtu.be/rYFeU0tmf_c

It has gotten to a point, that if you are watching mainstream media, and still sit in support of the globalist Deep State agenda, YOU are the enemy of your own nation, be it through ignorance or simply “not being interested in politics“! YOU have enabled this evil behemoth by not taking the time to seek the truth! How many hours of mainstream have you watched? How many hours of alternative channels have you watched? There is your answer. Seek the truth, DO NOT expect it just to be delivered to you in convenient packages.

It does not matter what country you are in, your government and mainstream media are captured by the Deep State in some form or another, be it bribes or blackmail… 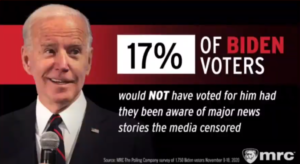 Read also: VIDEO: Did the Deep State & CIA Orchestrate Obama’s Two Election Victories Like They Did With #Biden in #USA2020?