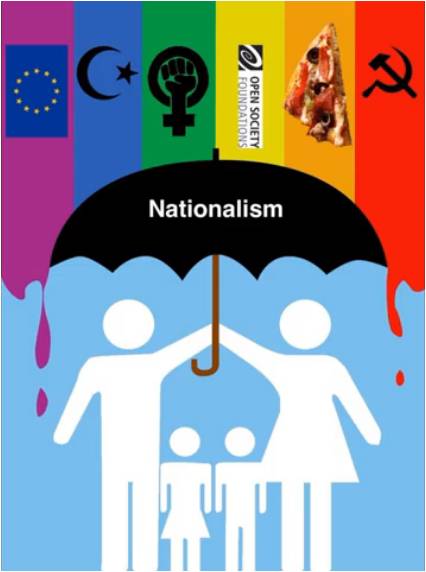 While such straight talk would have definitely caused the end to a politician’s career in most captured “liberalised” western countries, in Poland, where family values, common decency and a normal desire to have children is still the norm, it’s likely to fetch Duda votes from many conservative minded Polish. Throwing Bolshevism, which is largely responsible for the Russian revolution and death of millions, into the mix, appears to be a wise move as well, given that Poland’s tragic experiences from being in the Soviet bloc has been a hot political topic over the last three decades:

That was Bolshevism. It was the ideologizing of children. Today, there are also attempts to push an ideology on us and our children, but different. It’s totally new, but it is also neo-Bolshevism.

We all know that propaganda cannot exist without technology, and so the fight against the “LGBT technology” seems to be one of the cornerstones of Duda’s campaign. Earlier this week, he made several campaign promises, including that, as president, he will continue to protect family values. The pledges also contain a special focus on “Protecting children from LGBT ideology.”

Duda’s allies from the ruling Law and Justice party have made bold anti-LGBT statements, as well. Deputy head of the party, Joachim Brudzinski, went even further than Duda, stating that “Poland without LGBT is [a] most beautiful” sight.

Poland is heading for a presidential election, scheduled for June 28, and Duda is taking a solid lead in the polls with around 40 percent support. His main rival, left wing liberal politician Rafal Trzaskowski, who is currently serving as the embattled Mayor of Warsaw, is dragging behind with some 28 percent support. Still, to secure the win in the first round, a candidate needs to get the support of just over a half of voters and the country is likely heading for two-rounds of voting.

While his his stance is in stark contrast to the EU’s liberal far left pro LGBT stance, Andrzej Duda is seeking a second term as the President of Poland from the ruling conservative Law and Justice (PiS) party. On Wednesday, he signed up to several campaign promises, including that, as president, he will continue to be a staunch protector of family values.

Watch also: Obamas to Force Feed the World&#8217;s Children with LGBTQxyz and Globalism via Netflix. If you haven&#8217;t yet, is it time to unsubscribe?
Share with friends on social media (if share buttons do not show below, disable your ad blocker temporarily):