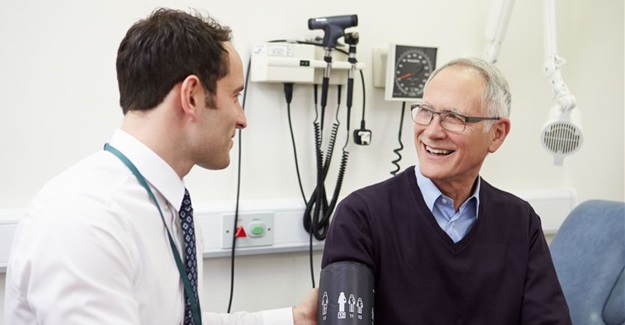 Marion Smith is executive director of the Victims of Communism Memorial Foundation.

Does your retirement plan or investment portfolio undermine human rights in China? For millions of Americans, the answer is yes. They unwittingly hold or benefit from investments in companies that enable the Chinese Communist Party’s oppression and imprisonment of the Uighur people.

Consider two Chinese firms, Hikvision and Dahua Technology. They supply about one-third of the world’s security cameras, but in their home country, both companies have received government contracts — totaling more than $1 billion — to install a vast surveillance apparatus in the western province of Xinjiang. “The projects include not only security cameras but also video analytics hubs, intelligent monitoring systems, big data centers, police checkpoints, and even drones,” Charles Rollet wrote in June in Foreign Policy.

Beijing has deployed the system to try to control the predominantly Muslim Uighurs, viewed by the Communist Party as a threat to its power in that region. The surveillance equipment helps authorities identify supposedly dangerous individuals, many of whom are then shipped to reeducation camps that Beijing calls “vocational training centers.” Of a total population of about 11 million, 2 million Uighurs may have been thus imprisoned, according to the World Uighur Congress.

In these camps, Uighurs are subjected to torture and brainwashing intended to eradicate their culture and force them to embrace communist ideology. The Post’s editorial board has decried this “massive campaign of cultural extermination.”

For their part, Hikvision and Dahua have not directly addressed their involvement in Beijing’s surveillance of the Uighurs. The companies have pointed with pride to their contribution to anti-terrorism efforts generally, and Hikvision last year lamented how “Western media” has distorted its image with “alarmist headlines.”

But the surveillance state that Beijing has established in Xinjiang would not be possible without the companies’ help. Most Americans would not willingly support companies that enabled such oppression, but many investment funds and state pension plans own shares in Hikvision and Dahua Technology, likely without individual investors’ knowledge.

The investments occur through several different channels. Most directly, U.S.-based funds purchase shares of the two companies. The New York State Teachers’ Retirement System (NYSTRS) owned more than 26,000 Hikvision shares at the end of last year. The California State Teachers’ Retirement System (CalSTRS), which represents nearly 1 million members and beneficiaries, owned more than 4.3 million shares in Hikvision as of last June. NYSTRS did not respond to a request for comment. A CalSTRS spokesperson said they are “researching the issues surrounding the company.”

Another path for investment comes through the influential MSCI Emerging Markets Index. Many funds invest directly in the index, while others follow its portfolio. The MSCI index is currently tracked by $2 trillion in assets. The index added Chinese A-Class shares from both Hikvision and Dahua last year. Any time a fund invests in the MSCI Emerging Markets Index, it buys positions in both businesses.

Through both active and passive investment funds, Americans also hold stock or bonds in many other questionable or dangerous Chinese companies, including subsidiaries of firms affiliated with the Chinese military. According to RWR Advisory Group, U.S. investment funds rarely conduct due diligence to identify and avoid companies complicit in human rights abuses or connected to China’s defense industry. The Financial Times reports that public attention to their investments in Hikvision has prompted at least seven U.S. equity funds to divest from the company, but the better path is to be proactive, not reactive.

Fortunately, the U.S. government and lawmakers can force change.

In the short term, Congress should hold hearings on Chinese companies suspected of aiding Beijing’s sinister activities while benefiting from U.S. financial markets. Sen. Marco Rubio (R-Fla.) deserves credit for bringing this matter to his colleagues’ attention. Longer term, Congress could pass legislation creating the equivalent of the Committee on Foreign Investment in the United States, which determines whether foreign acquisitions of American firms pose a national security risk. The White House could also direct the National Security Council, the Treasury Department, and the Securities and Exchange Commission to establish a screening mechanism for Chinese entrants into U.S. capital markets.

Outside of Washington, each state should commission a report on all Chinese debt and equity holdings in its public-pension systems and other state investment portfolios. For their part, pension funds should immediately divest from Chinese companies and their subsidiaries — as well as funds such as the MSCI Emerging Markets Index that include them — if they facilitate human rights abuses or otherwise undermine U.S. values and interests.

Americans deserve to be able to invest with confidence that the free-enterprise system isn’t being exploited to fund communist tyranny. Buying stock in Chinese companies complicit in the terror against Uighur people might earn plenty of money, but it’s a bad investment.