“Anti-Racism” is the Number one Nation Killing Weapon for Globalists! Billions have been deliberately poured into the manufacture, weaponizing, propagandizing and strengthening of this weapon of mass destruction. It has been so entrenched in our society (to destroy social cohesion), through the globalist mainstream media, who are major recipients of these billions when they become complicit in implementing the weapon, that it has become a weapon against ANYTHING, even looting! ESKOM, the massive state entity that is considered to be bankrupt, alleges the white CEO, Andre de Ruyter, who was appointed to stop the endemic and systemic corruption, is now a target of anti-racism in the corporation, specifically because he identified and fired perpetrators of gross systemic abuse and looting, who are not white…

The ESKOM Board of Directors apparently “decided” to investigate the alleged racism, that makes De Ruyter guilty simply because he is white, because he suspended non white workers. The Board said in a statement that it was investigating allegations made in public by the people he fired,  against the CEO, which were branded as racism. The Board members (pictured) are Malegapuru Makgoba who is Chairman, Calib Cassim, the Chief Financial Officer, ​Pulane Molokwane, Banothile Makhubela, Nelisiwe Magubane​, Dr Rod Crompton, Busisiwe Mavuso, Tshepo Mongalo and Hadebe Phakamani.

Andre de Ruyter, had suspended Solly Tshitangano, Eskom’s head of procurement, over the open and sick plunder that took place under his control. De Ruyter said he had to intervene when the procurement department paid R238,000 (yes, Two Hundred and Thirty Eight Thousand) for a single wooden broom! Furthermore, Eskom paid R28 for single ply toilet paper and R56 for a bottle of milk and De Ruyter had to stop all purchases of knee pads, because R80,000 was being paid for a single knee pad! De Ruyter says that there are still many such cases in the system and that this is how things have been done all those years before he took over.

Eskom’s Board says a number of people will be appointed to investigate the incident referred to, and will wait for a report before considering any further action. No doubt the board will be handsomely paid and will be totally biased and made of mostly non-whites. However this type of anti white lynching mob is the norm today wherever globalists want a nation destroyed. Fairness, legality and equality have NOTHING to do with it.

A Standing Committee in Parliament has also “decided” to investigate the allegations, and will apparently make their findings known to parliament.

If you have any doubt about how important a weapon “anti-racism” is to globalists, just look at Ireland, where there are more “anti-racism” NGOs than there are cases of racism! Each one of them receiving loads of cash from globalists to weaponise anti racism and attack patriots. Other weapons the globalists have developed to destroy nations by destroying their social cohesion, are LGBTxyz, mass immigration, open borders, defund the police, BLM, antifa etc. etc. Are you complicit? 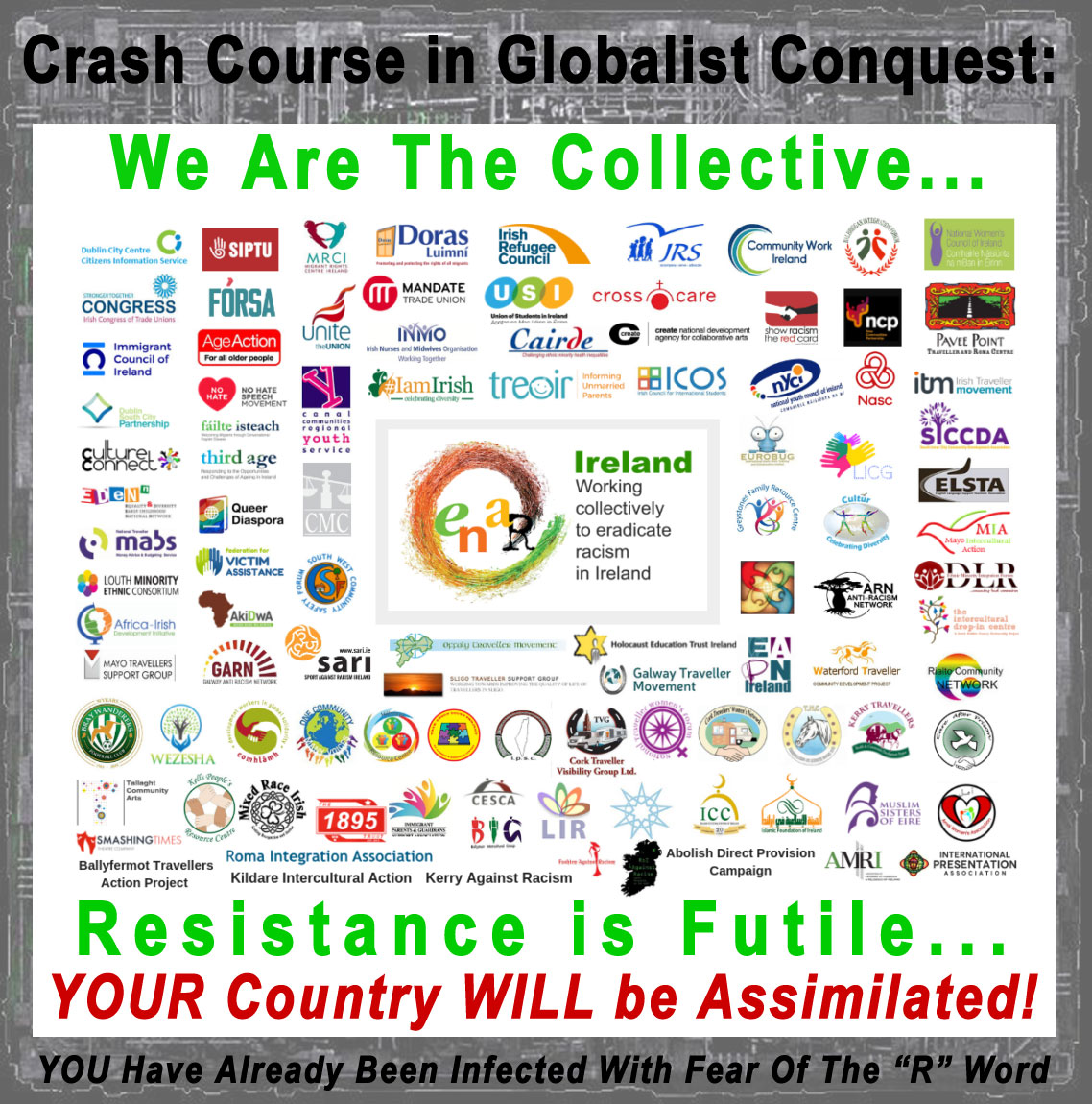 Anti-Racism NGOs in Ireland where “Anti-Racism” is also the Number one Nation Killer Weapon for Globalists to attack patriots!

See also: “Systemic Looting at Eskom” – R238,000 for Wooden Broom, R80,000 for a Kneepad, R56 for Bottle of Milk! #TheAfricanWay is the Consumption of Civilization Itself!